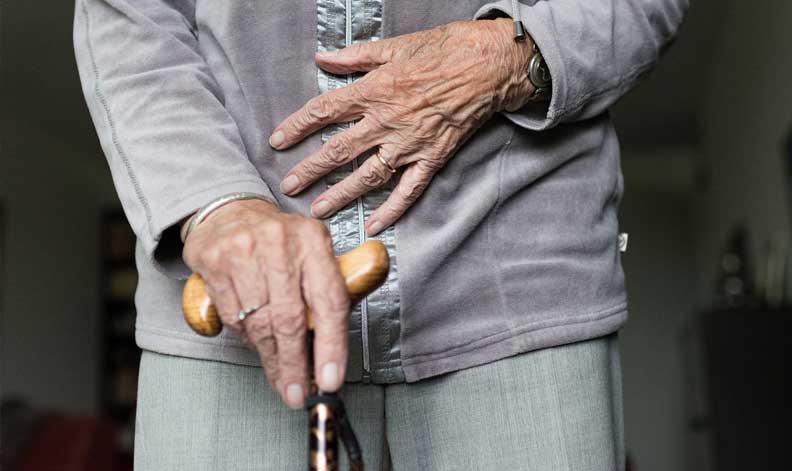 Description: Parkinson's disease is a progressive, degenerative neurological condition that affects the control of body movements. It causes trembling in the hands, arms, legs, jaw, and face; rigidity or stiffness of the limbs or trunk; slowness of body movements; and unstable posture and difficulty in walking. Early symptoms are subtle and occur gradually.

Parkinson's is quite common and latest research indicates that approximately 110,000 Australians are living with it. The average age of diagnosis is 65 years. Younger people can be diagnosed with Parkinson’s too and this is referred to as Young Onset Parkinson’s. Around 20% of people living with Parkinson's are of working age. It is slightly more common in men than in women.

Dopamine is mainly produced by special cells deep inside your brain, it is these cells that die in Parkinson's. Dopamine is used by many areas of your brain but it is particularly important in controlling movement. Because of this impact on movement Parkinson's is classified as Movement Disorder but anyone with Parkinson's will tell you that it impacts many non-movement functions as well.

It is not easy to diagnose Parkinson’s. There are no laboratory tests (such as a blood test or brain scan), so it is important that the diagnosis is made by a specialist, such as a neurologist based on clinical signs and symptoms. The specialist will examine for any physical signs of Parkinson’s and take a detailed history of symptoms.

What Causes Parkinson’s? So far, scientists have not determined the reason why some people develop Parkinson's disease and others do not. Currently there is no known cause of understanding of why a person develops Parkinson’s.

There are many theories as to the causes and it is generally thought that multiple factors are responsible. Suggested causes include environmental factors such as pesticides, toxins and chemicals; genetic factors (although the disease appears to be inherited in only a small percentage of cases) and head trauma. Through research, our understanding of the possible causes of Parkinson’s is increasing all of the time.

What Causes Parkinson’s Symptoms? The underlying cause of the symptoms of Parkinson’s relates to a decline in the production of a chemical in the brain called dopamine. Dopamine is an important chemical messenger, or neurotransmitter, that allows messages to be passed between cells in the brain.

Many of the cells which produce dopamine are in the Substantia Nigra in the Basal Ganglia which is located in the middle of the brain and it is these cells that are reduced in Parkinson's. This lack of dopamine means people can have difficulty controlling their movements and moving freely and it can also impact on other body systems such as your sense of smell, bowel, thinking and mood.

Symptoms: ​Parkinson’s is categorized by clinicians as a “movement disorder” and symptoms may include muscle rigidity, tremor, postural instability and bradykinesia (slowness of movement). Many people think of tremor in Parkinson's but in around 30% of cases tremor is not present.

Parkinson's it doesn’t just affect movement. Non-motor symptoms such as pain, sensory changes, changes in the gastrointestinal system, depression and problems with memory, thinking and sleep can also occur and have an impact on the day to day life of the person with Parkinson’s.

Progression of Parkinson’s: Each person is affected differently and the rate of progression varies greatly between individuals. Usually the symptoms of Parkinson’s develop slowly and gradually progress over time.

Every Parkinson's patient is different and will have a different combination of symptoms, different levels of intensity and will progress at a different rate. Parkinson’s usually doesn’t directly cause people to die and it is possible to live with Parkinson’s for a long time, although symptoms do get worse over time.

Treatments: There is currently no known cure. However, there are many treatments available that can allow a person with Parkinson’s to lead a fulfilling and productive life. A variety of medications enable the disease to be managed and provide dramatic relief from the symptoms. In some cases, surgery is an appropriate treatment. Some doctors recommend multi-disciplinary treatment by physiotherapists, dietitians and counsellors. No two people will experience the condition in the same way, so management will vary.

Prognosis: Parkinson's disease is a chronic, progressive illness, and no drug can prevent the progression of the disease.

Support for People with Parkinson’s: Parkinson’s State Organisations are available throughout Australia to support people living with Parkinson’s from recently diagnosed through to advanced Parkinson’s, along with family, carers and health professionals.

Working with your Health Care Team: ​Information provided in this BLOG is designed to support, not replace, the relationship that exists between a patient and their health care professionals. It is important that you discuss any issues or concerns you have about your Parkinson's with the doctors, nurses and other health professional who support and care for you.

Steve Jenkosky trading as Golden Age Advisory is an Authorised Representative of Synchron AFS License No. 243313.
Unless specifically indicated, the information contained in this BLOG post is general in nature and does not take into account your personal situation. You should consider whether the information is appropriate to your needs, and where appropriate, seek personal advice from a financial adviser.

Home Care Packages, What You Need To Know

How Seniors Can Reduce Stress

Pause Before You Disclose Your Finances

What 10 Things Everybody Ought to Know About Retirement Living

Major Changes to the Retirement Villages Legislation for Queensland

Don't Wait for the OMG Letter

All Your Aged Care Services and Advice in One Great Location

We Need to Talk About Residential Aged Care

I know the importance of delivering the best customer experience.

The information contained on this website is general in nature and does not take into account your personal situation. You should consider whether the information is appropriate to your needs, and where appropriate, seek professional advice from a financial adviser.